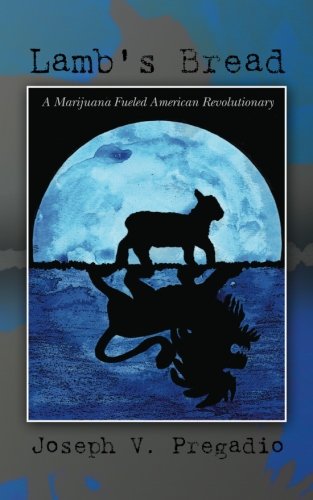 Adrian Amato is an equity trader with a plan to set a trap and imprison the president of the United States on Palm Beach Island. His revolutionary intentions seize the imagination of his brother-in-law, Jeff Silver, who assists Adrian and serves as his biographer, believing that it is an unprecedented, inside opportunity to document the rise of a radical aimed at reshaping the world. Loosely based on the recent collapse of the nation’s economy, Joseph Pregadio’s subversive allegory about a new American age is as captivating as it is thought provoking. A suspense-thriller full of unexpected twists and surprising turns, Lamb’s Bread captures the anarchical soul of American discontent and channels it into a fictional tale far more plausible than anyone should feel comfortable with. Attacking the hubris of the ultra-wealthy and the indiscriminate profiteering of corporate America, Pregadio dares to lay bare the very schemes by which many investment practitioners got rich and then watched the economic system cave in—and funnels that outrage into a broadside indictment through the eyes and actions of Adrian Amato, a modern-day pirate whose goal is to attack the establishment at every possible turn. Bracing in its honesty and entertaining in its method, Lamb’s Bread is a modern parable everyone should put at the top of their reading list.

On February 7, 2020By adm1n In Marijuana Stocks

With the 2020 legislative session underway, NORML chapters across the country are organizing lobby d [...]